Don’t know where Monument Valley is?
It’s on the Utah Arizona Border, and was home to a bunch of John Wayne westerns and more recently Westworld, a show on HBO. Also a ton of car commercials have been filmed on this striking landscape. Who can forget this Peugeot commercial!

Ah the French so unique! Bleh.
I like the part of the car commercial at the end where the landscape begins to look like sky scrapers.
No I don’t, I hate it. I disdain cities in general. They give me the creeps. Too many people, too much waste.

I remember in my early twenty’s as I was overlooking the city of Pittsburgh after dark with a friend she commented on the beauty of the glowing lights. All I could think of was the wasted electricity, and the ephemeral importance of the goings on in the skyscrapers. Business goings on! Yuck.

This place is the opposite of that. Few people, few lights, all natural. It’s the real deal and it doesn’t give a shit about us.

It is not a monument to man’s creations or greatness but to time and man’s lack of involvement and meddling. In a day where every tech gadget is celebrated as life changing, I would suggest the life changing things that should be celebrated are those that have been around for many, many, many lives.
Oh, and this is where Forrest Gump decided to stop runnnn-ing. So that’s pretty neat. 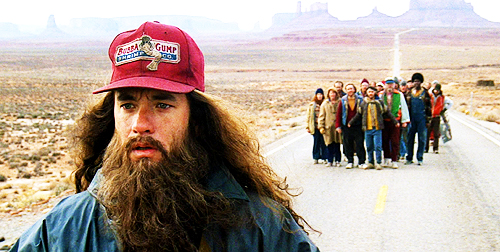 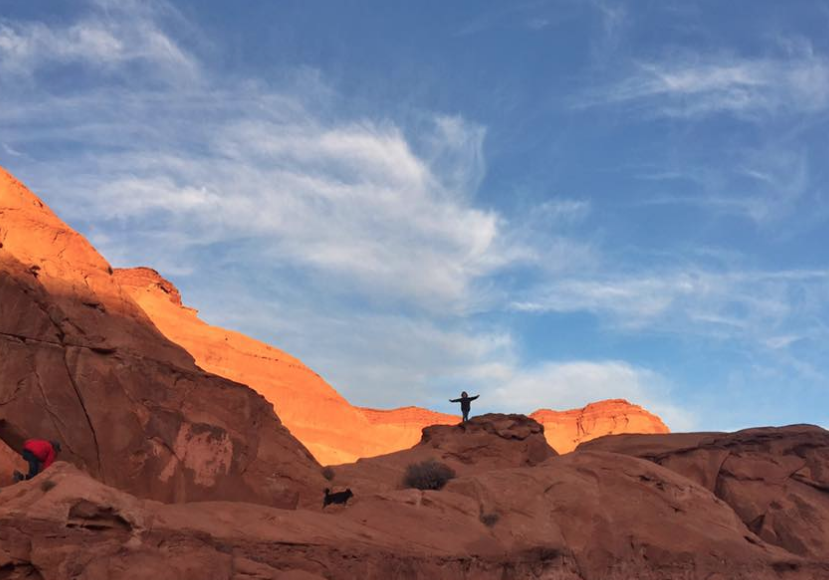 You can’t help but be taken aback by the monolithic rich orange buttes that stand facing off against millions of years of weather. Your significance is put in check.

For me it immediately puts me in al state of contemplation where I realize that that butte will look damn near the way it does today a thousand years after I am dust. Not a bad thought though. It makes you realize the choices you make today matter, not the plans you have for the future, but the choices you make now, today. So you better do something you want to.

We’re on a Navajo lands, but everything is owned by Gouldings.
Gouldings RV park, Grocery store, Food Court, Hotel etc. Doesn’t sound like a Native American name to me. You wonder if these folks are still getting jobbed.

The Native Americans we have met have been nice, not quick with a smile, but nice and talkative once you engage them. Addie commented on a cashiers Steelers earrings, and she smiled and opened up to us that a dream of hers is to make a Steelers game in Pittsburgh. Kind of neat. A dream of mine was to see this striking desert scenery, so to each his own. It is probably best that I let Addie do most of the talking here, as I had almost asked where the beer was in the grocery store. That wouldn’t have been cool.
And when the cashier said she was ridiculed for liking the Steelers, she clued me in that most of the natives like the Cardinals, and Broncos, the “local” teams… this was after I asked her if the Cowboys were the local favorite.
Yeah.
I asked that.  On an Indian reservation.
Of course they aren’t.

We are now just shy of 6 months of living in the RV, and about 4.5 months into REALLY traveling I would say. While there have been tough days, and days in the beginning when Liz and I would flop into bed after a trying day and say, “Are we gonna make it?” we are pretty settled into the lifestyle and I am already allowing some dread creep in to the fact that this adventure will end at some point. But enough about that, we have at least 6 more months to go.

Thankfully I have friends telling me what we are doing is exceptional. It reminds me nobody is doing this craziness, so it must be special. Because to be honest,
we decided to do it,
the house sold and
we started doing it.

If I do think about all we have done already I smile. Maybe I will publish a book of my photos, but for now this rambling post will have to suffice.

I get a real heart charge each time we pack things up, bring the slide in, condensing our spacious 175 square feet to 140 or whatever it shrinks to, (I still don’t know) and hit the road. Seeing new scenery has been my drug of choice and I can’t wait to head further southwest today for another fix.